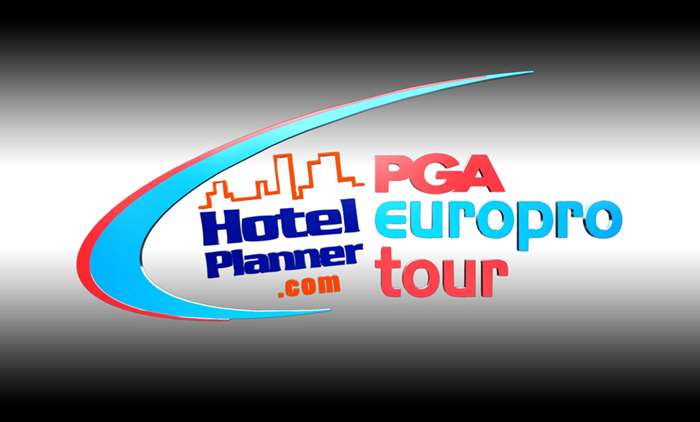 I had two key events during April. The EuroPro Final Qualifying took place at Frilford Heath Golf Club between the 4thand the 6thand after doing well at Stage 1 of the qualifying process I had comfortably made it through to final stage. This final stage is important to establish whether you can play on this tour (my main goal for 2018) through this season or not.

I started very solidly in round 1 and was in a tie for second place, knowing when going out in to my second round that if you make the cut (top 80) you will more than likely play all events through the season, but it was 100% definite if you finish top 30. Second round was a case of, ‘make sure you get through to the final round’, but I happened to find lots of people going backwards (score-wise) and I stayed in 2ndplace even though I didn’t play too well.

This saw me in the final group in the final round which was nice, with TV cameras popping up late on and a regular crowd. It was nice to get experience of this and gain comfort going in to the season ahead. Unfortunately I missed two very good opportunities early on, before dropping two shots immediately after which rocked me a bit and meant it was a bit of a battle. I worked hard and ground it out, but unfortunately it wasn’t to be for me and adding a final round of 74 to my rounds of 68 and 70 saw me slip down the leaderboard to 12thplace.

Although this was slightly disappointing, I had still achieved everything I set out to do and guaranteed full playing rights for the season, which was brilliant, and my first goal for the season had been accomplished.

I would like to put a huge note of thanks here to my Sports Psychologist, Sian, for all of the work we have done together over winter – it was tricky knowing that I couldn’t play much competitively over winter and my year was going to be based around a good result early on, and on one particular week. There are no second chances this year. Sian helped hugely with preparing for this and I’m extremely grateful for all the work she put in to help me.

I ended the month by playing in the Jamega Pro Golf Tour event at Studley Wood GC. Again, I made a positive start even though I was struggling with my game a bit. I was still on for a very good score and a top 5/10 finish but a poor finish cost me dearly. Unfortunately I hit too many poor shots and one in particular on the 17thcost me dearly. I shot rounds of 70 and 76 to finish on Level Par and Tied 20thout of a field of 110.

Reflecting upon this positively, I had been playing very well and didn’t have many real problems with my game before this tournament, so this has brought me back down and after visiting my coach I know what to work on over the next few weeks before my first EuroPro event of the year. This was still a positive result given my performance/ball striking this week, showing I can still compete even when not quite on my game.