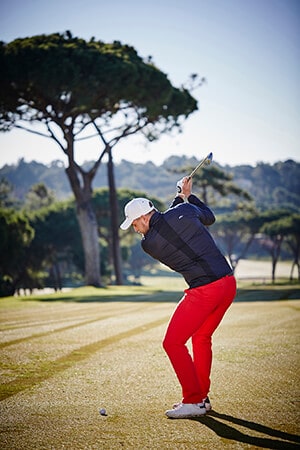 Following last week’s Top 10 finish in Berkshire, Isle of Man tournament professional Tom Gandy took another step closer to securing his place on the first tee at the EuroPro end of season event at Desert Springs in southern Spain in October with another excellent final round at The IFX and Winged Boots Championships at Foxhills Club and Resort, just outside London. Rounds of 70, 73, and 67 saw Tom finish in a 2-way tie for 12thplace at the event, and lifting him up another 7 places in the Order of Merit to 40thposition. This latter statistic is especially important as, not only is his place at the end of season finale almost certainly secured, this brings with it automatic qualification for the EuroPro Tour for next season. Although Tom’s 2019 ambitions remain even higher, this now allows him to plan for another season of guaranteed professional competition and start looking at options for other events in April next year – a time when the majority of his EuroPro peers will be back into the mix of qualification. 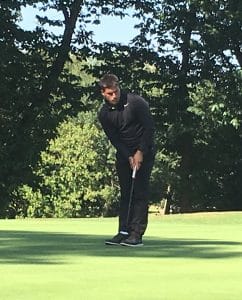 Tom lining up a putt on the 4thgreen in Round 2.

One of the great marks of a top competitor is their ability to climb the leaderboard on the final day of an event, when the pressure is on and the ranking points – and prize money – start to loom large in players’ minds. Over the last two weeks, Tom has gained an average of 17 places on the leaderboard with two excellent final day performances which have included 13 birdies.

“I felt good out there from the off and just took each shot as it came, not trying to get ahead of myself – the next minute I was 6 under for the front 9!”

What’s that saying again? Once is an accident, twice is a coincidence, three times is a habit… With last day performance so important in every sport, next week’s Nokia Masters at the Mannings Heath Golf Club in West Sussex would be a great time to cement this habit!