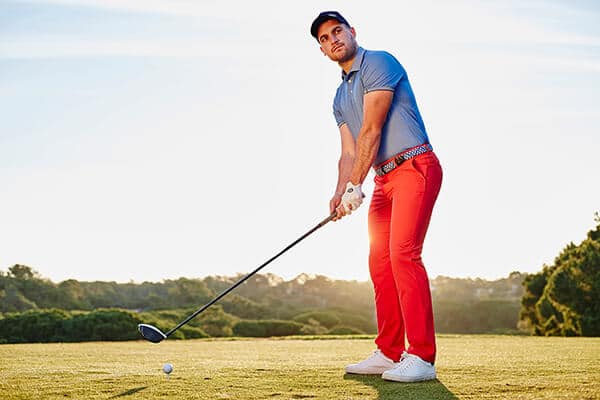 I played three tournaments whilst in Portugal this time. I finished 20th in the first event at Quinta do Ria unfortunately letting some shots slip in the back nine after battling strong winds throughout the two days. The second tournament at Quinta do Vale saw me finish in a tie for 11th place at 1 under par, after the tournament was reduced to only 18 holes – the second round was a wash out due to the high amount of rain. I played really well in the first round to get to 1 under, with the course again being exposed to some quite high winds. Finally, the third tournament was at Amendoeira on the O’Connor course. I finished in a lowly tie for 41st place. It was a case of what might have been, as I was stood on the 18th tee 1 under par on day one, but after unfortunately slipping in the fairway bunker my ball went right in to the trees and I had to sign for a final score of 2 over par. The final day wasn’t a great day for me but I battled well after a poor start.

I elected to play at Caversham Heath Golf Club for the first stage of EuroPro qualifying. The course was wide open off the tee but due to the heavy rainfall, very wet under foot which made things difficult. Scoring was tricky both days with cold winds meaning the ball was not travelling very far. My first day score of +2 saw me in a tie for 7th place. I played well the first day, but did not seem to get the ball in the hole too well. Day two I didn’t play as well, but managed to score better and my 1 under par score, meant my overall 1 over par put me in a tie for 5th place and safely through to final qualifying.

This was held at Frilford Heath Golf Club, with my first round being on the Blue course, second on the Red and then back to the Blue. I knew I was playing nicely coming in to this week and knew my job – finish in the top 30 out of the 250+ player field and you would have full playing rights for the season. The first round started on the 10th of the Blue course, I made the turn in a stress-free 2 under par, missing only one green out of the nine played. I then managed to hit it to 2 foot on the par 3 12th hole, but somehow missed from such close range! This shook me a bit and I snap-hooked the ball out of bounds off the very next tee. I quickly steadied the ship, birdied my second ball to just make a bogey. I birdied the next two holes and my 18th to finish the day at 4 under par, in a tie for 2nd place. 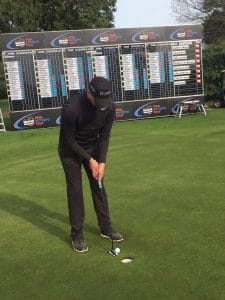 Day two was a bit of a ‘boring’ round of golf, but again, quite stress-free, although I could feel I was hitting a few more shots that I wasn’t quite in control of. I signed for a 2 under par, for a 36 hole total of 6 under par in a tie for 2nd place, safely making the Top 80 cut. I was in the final group on the final day – a place I’d like to be every week! Unfortunately, after starting very solidly, I failed to get up and down for birdie on the downwind 4th and 5th holes (from 20/30 yards short of each green) before bogeying the very next two holes which instantly put me on the back foot. I battled well, but missed some great chances in the back nine. Unfortunately, a 5 foot par putt slid by on the 18th hole which cost me a top 10 finish (and a few hundred quid!) but my 2 over par, meant my 4 under par 54 hole total was enough for a tie for 12th position. Whilst I wasn’t happy with my performance on the final day, being that close, I would have loved to have pushed on and really contended. However, if you would have offered me that result at the start of the week I would have definitely taken it. The full card is secured which now gives me the flexibility to play whichever events on the EuroPro tour that I choose.