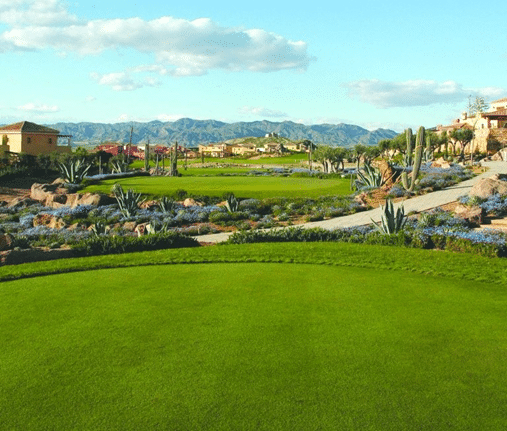 Isle of Man pro, Tom Gandy, made it three Top 10 finishes in a row as he signed off the regular PGA EuroPro season with a fine Tied 7th finish in the Newmachar Golf Club Challenge at Newmachar Golf Club in Aberdeen. After opening with two rounds of 3 under par 69, Tom continued his excellent recent record of climbing the Leaderboard on the final day when a bogey-free last round of 66, containing an impressive 6 birdies, saw him elevate himself into another great finishing position, 4 shots behind Scottish winner Jack McDonald. This fine run of form sets Tom up perfectly for a great finish to the season in both the End of Season Championship in Spain at the end of October, and the challenge of Qualifying School (or ‘Q School’) where he will attempt to earn himself a place on the full European Tour for the 2020 Season.

Building on the confidence of his two previous starts, Tom felt he was in a good position at the start of the week. However, despite his first two round being sub-70, he still felt he wasn’t quite striking the ball as well as he could.

“The first two rounds were very, very hard work – and stressful. I wasn’t playing well but was managing to do enough good bits to post a score.”

However, one call made all the difference.

“I played much nicer golf in the final round versus the first two days. I hit it a million times better after a phone call to Charlie (Tom’s coach) to sort out my swing.”

Those six birdies on the final day of the regular season means that Tom qualifies for the End of Season Championship, or ‘Race to Desert Springs’ in 30th place in the Tour Order of Merit – exactly the midway point of the 60 players who qualify to tee it up in Spain in late October. However, his recent run of form ensures that he will go into the event as one of the pre-tournament favourites, looking to better his performance last year where he finished in a Tie for 18th place.