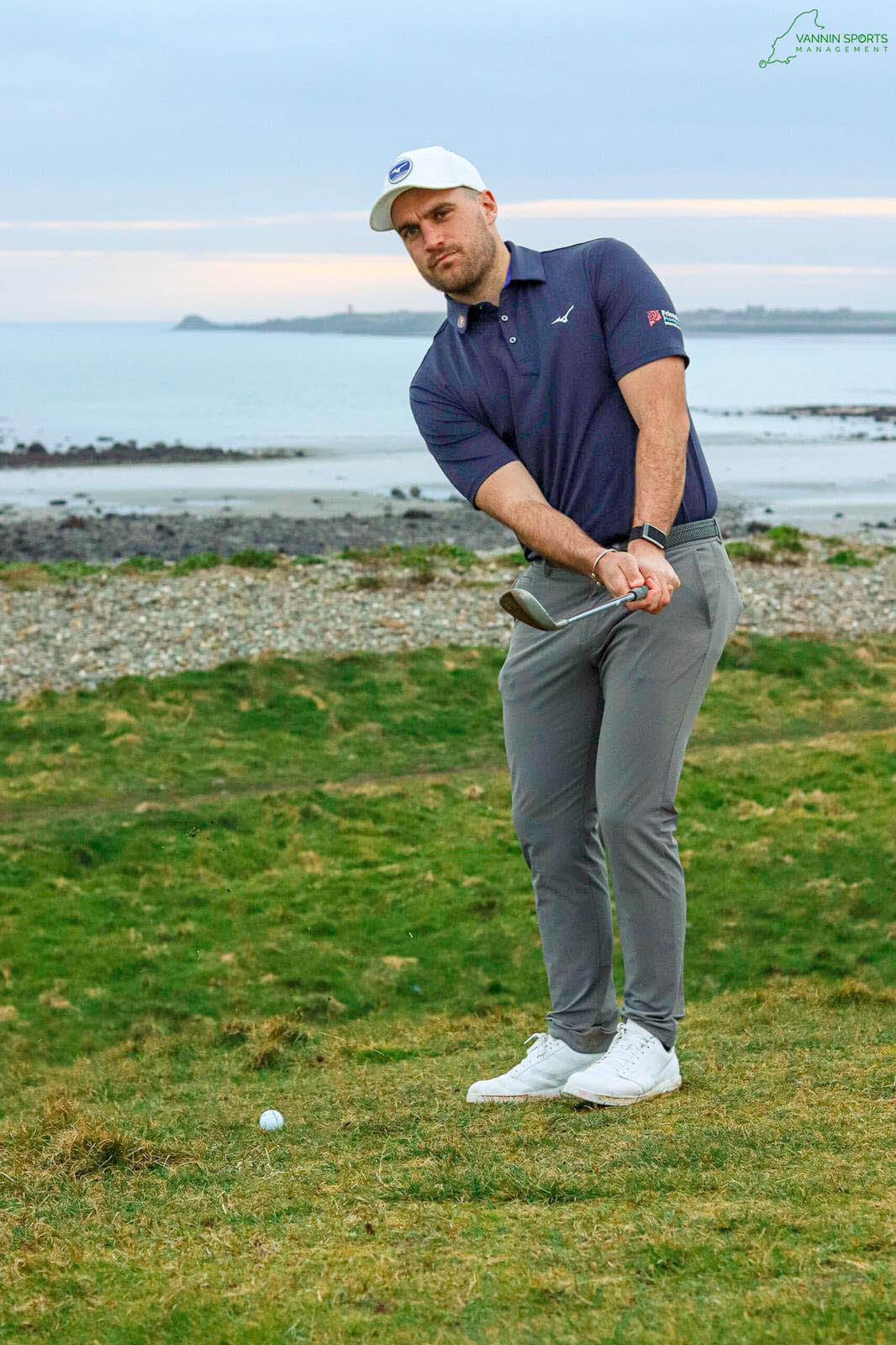 As the end of 2020 approaches, it marks a return to the Challenge Tour for Isle of Man pro golfer, Tom Gandy, as he aims to finish the season in style in the hope of earning himself a place at the end of season Challenge Tour Grand Final in Majorca later in the month. After a brief return to the Isle of Man at the end of October, spent exclusively in quarantine, Tom set off for southern Spain and the city of Cadiz for last week’s Andalucia Challenge de Espana, looking to continue the run of form that has seen him hold his own at a number of full European Tour events over the summer and autumn. Playing in some challenging conditions, and on a difficult golf course, rounds of 75-72-74-69 saw Tom finish the week on a total of 2 Over Par, leaving him in a tie for 45th place. It is a measure of how far the Manxman has progressed over the past 12 months that this was below his expectations, although there were plenty of positives to take from the week, including a final round which included four birdies and an eagle. Indeed, the Isle of Man star is convinced his best is yet to come.

“I played much better in the last round but still didn’t have great day with the putter.”

Having taken full advantage of the chance to play a number of European Tour events during the year, Tom now finds himself at a slight disadvantage to many of his peers on the Challenge Tour as the end of season event approaches. It was a conscious choice to play full European Tour events where possible after an early announcement that opportunities to graduate from the Challenge Tour in 2020 would be limited. Playing at this higher level was great experience, playing alongside some household names and getting comfortable competing for bigger purses. However, this has restricted his opportunities to earn ranking points towards the Grand Final; the end of season shootout for the Top 45 ranked players on the Tour. As a consequence, his participation in that event is dependent on a big finish this week at the Andalucia Challenge De Cadiz, being held at the same course as last week’s event. This double-header affords the players a degree of stability for the 2 week period, as well as the opportunity to start the event 24 hours early with the tournament days being Wednesday to Saturday, rather than ending with the traditional Sunday finale. Realistically, Tom will need a Top 3 finish if he is to make the starting line-up for the Majorca event. That said, he enjoyed a rich vein of form at this stage last season, including his career-changing performance at Q School, and a few repeats of Sunday’s 3 under par 69 should be sufficient to get the job done. With this in mind, the man from Rowany can head to the first tee in confident mood and thinking that his Challenger Tour season may not be coming to an end just yet.

You can follow Tom’s progress in The Andalucía Challenge de Cadiz on the European Tour App or website (https://www.europeantour.com/challenge-tour/andalucia-challenge-de-cadiz-2020/).