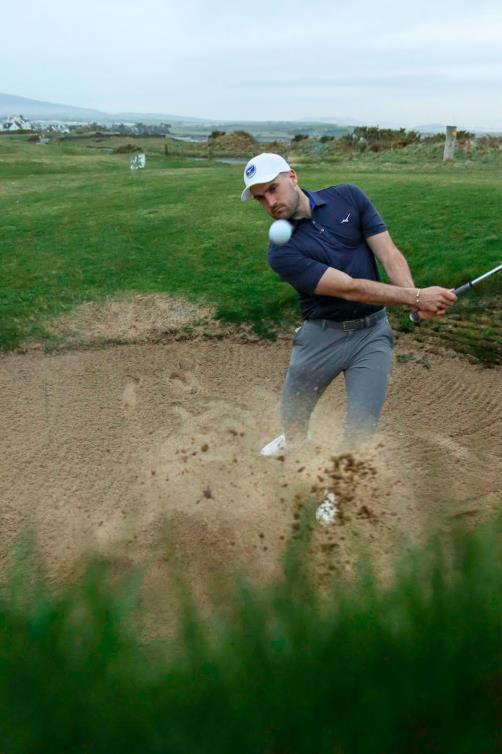 Rowany golfing star, Tom Gandy, emphatically put an indifferent few months firmly behind him over the weekend with an excellent finish in the Challenge Tour’s Euram Open. Held in the picturesque mountains of Austria, the event saw Tom record his first Top 10 result of 2021.

It had been a slow couple of months for the Manxman following his career-best finish on the full European Tour in Tenerife in early May, but the combination of a freshening break back at home on the Island, and the recent accolade of winning the 2020 Isle of Man Sportsman of the Year title, combined to see a big uptick in form. Despite play being interrupted on a number of the days by heavy rain and thunderstorms, Tom kept both his focus and his form, putting together excellent rounds of 65, 67, 69, 66 for a 13 under par total and a tie for 8th place. He even managed to plant the Manx flag atop of the leaderboard for an hour or so on Day 2, as he set the pace among the early starters. In another milestone, this finish sees him break into the Top 1000 golfers in the world for the first time, according to the Official World Golf Rankings – another great achievement.

This week sees Tom return to action on the full European Tour, as he tees it up at the Celtic Manor resort in the Cazoo Open. With an increased prize fund – and more ranking points on offer – Tom will be hoping for a repeat performance to take him to the end of this mini-run of events before he takes another well-earned break at home.

With the stern test posed by the Celtic Manor course, another four sub-70 rounds should again see the Isle of Man flag flying at the right end of the leaderboard.