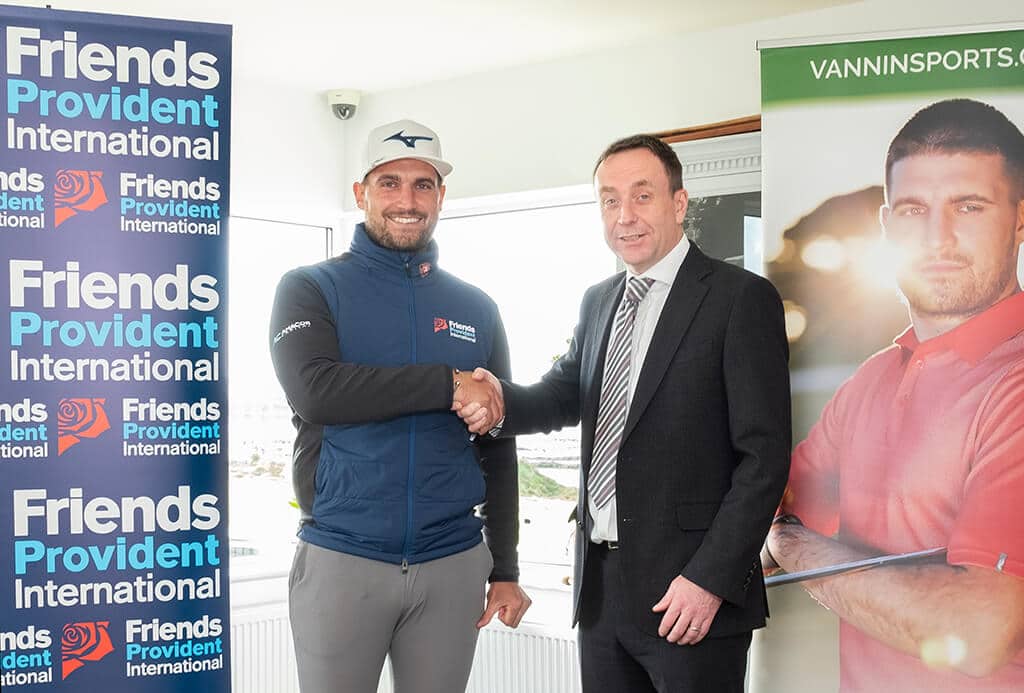 Friends Provident International (FPI) is delighted to announce sponsorship of Isle of Man professional golfer, Tom Gandy. FPI will become the Rowany Golf Club based player’s first new major sponsor of the season, as he takes his quest to break into the very top echelons of the game to a wider international audience in 2020.

Steve Weston, FPI’s Interim CEO said: “As a major employer in the Isle of Man with particularly strong connections to the south of the Island, our sponsorship of Tom is a great fit. We will now all be following his progress with extra interest and seeing the FPI logo at tournaments around the world.”

Following two seasons on the UK-based EuroPro Tour, Tom’s blistering finish to 2019 saw him rack up a series of Top 10 finishes and reach the final stage of European Tour Qualifying School in Spain in November. Competing against a hungry field of over 150 players, Tom’s finish of Tied 29th earned him full Challenge Tour playing privileges for the coming year, only one tier below the full European Tour and competing regularly against the likes of Rory McIlroy, Justin Rose and Lee Westwood. However, Tom’s performance in Spain is likely to see him receive a number of invitations to full European Tour events during the season. Across both Tours, Tom’s events this year will have a distinctly more international feel as he can expect to play on at least 3 continents, carrying the Manx flag to around a dozen countries.

Friends Provident International has been established on the Island for over 40 years, and employs 200 people at its Head Office in Royal Court in Castletown, which has been their base for 25 years. Most of the staff there are no strangers to Tom as he has worked in their offices for the past two winters, regularly spending his lunch hour on the range at nearby Castletown Golf Club as in preparation for his summers of travel to the UK mainland to compete in the EuroPro events.

FPI’s two-year sponsorship agreement will provide Tom with some welcome stability in his financial planning, as the costs of competing increase as he steps up a level for 2020. In addition to wearing the FPI logo on his shirts, Tom will act as an ambassador for FPI, including hosting a Friends Provident International Golf Day later in the year.

Steve Weston added: “We know Tom well from his time with us over the past few years and are delighted to be able to continue our association through this sponsorship agreement.”