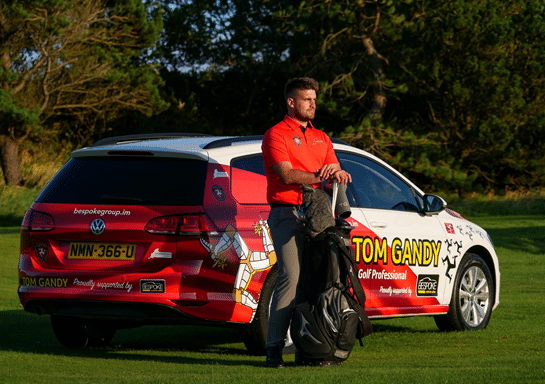 On behalf of Isle of Man professional golfer, Tom Gandy, Vannin Sports Management is delighted to announce Tom’s partnership with another popular Isle of Man company, the Bespoke Group IOM. The Group have kindly agreed to support Tom with his transport requirements for both the remainder of the 2019 season, and throughout 2020, by providing him with a branded vehicle to use both on the Island, and for his journeys to the mainland (and occasionally continental Europe). As well as transportation peace of mind, this lets Tom display his very proud Manx roots when he travels to compete. Coupled with the support he receives from the Isle of Man SteamPacket Company, Tom now has two fantastic Isle of Man transport brands helping him carry the Manx flag to the top of professional Leaderboards around the country.

Balancing his desire to get back home to the Island as often as possible with the rigors and commitments of the PGA EuroPro Tour, Tom racked up nearly 20 000 miles last year. Frustratingly, he had just seen his second vehicle in 18 months give up the ghost when the Isle of Man element of the Bespoke Auto Group stepped in to offer him a lifeline. 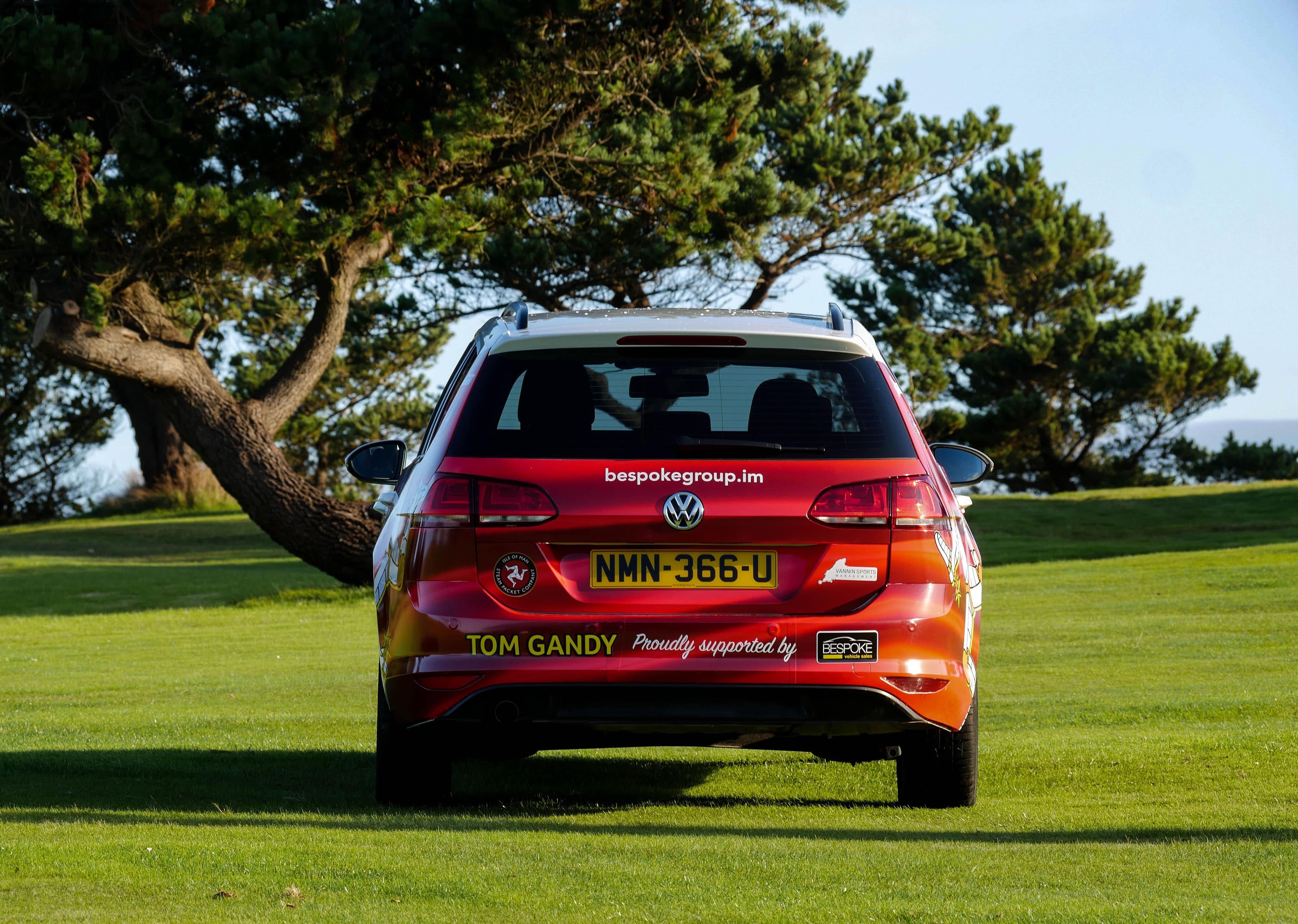 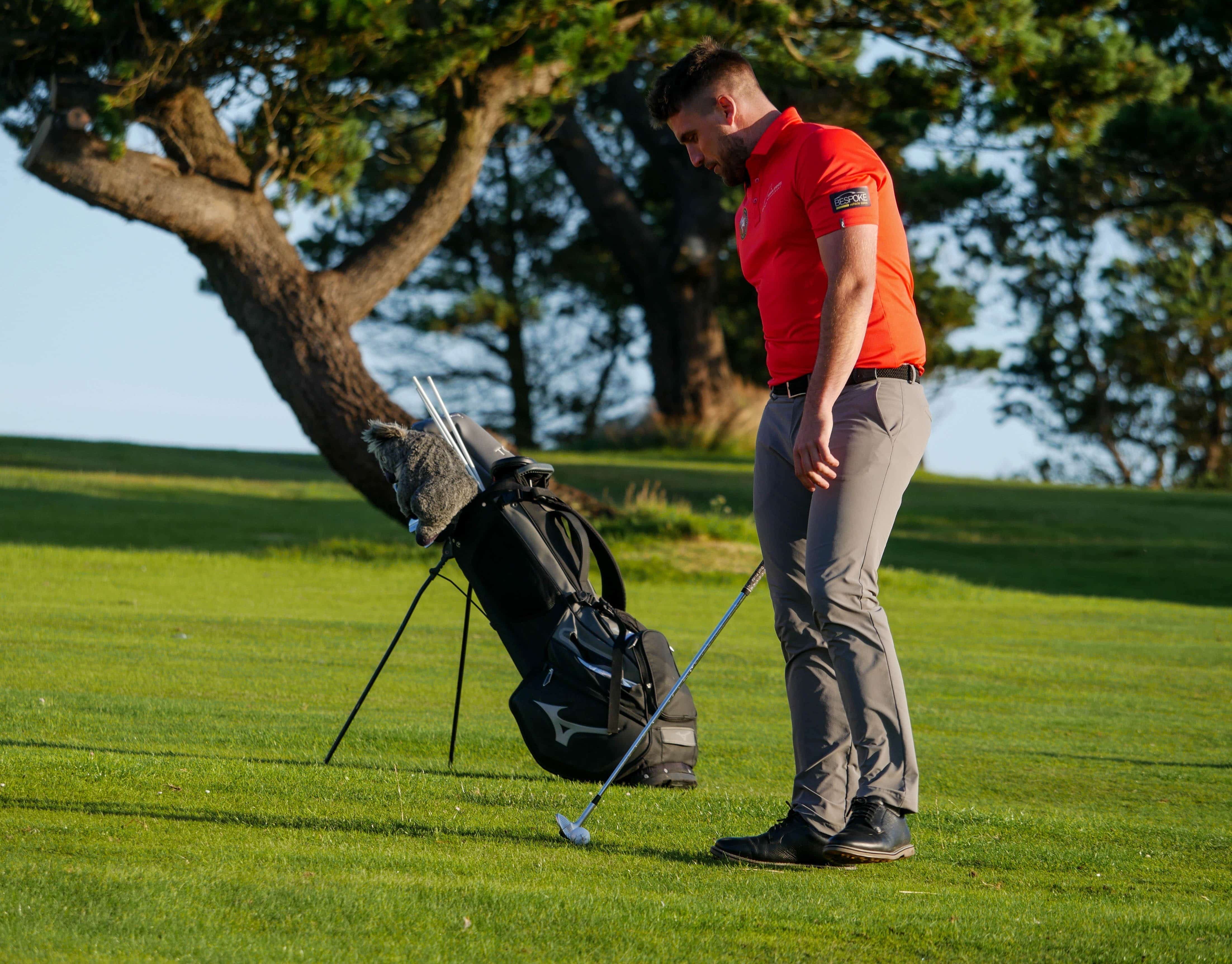 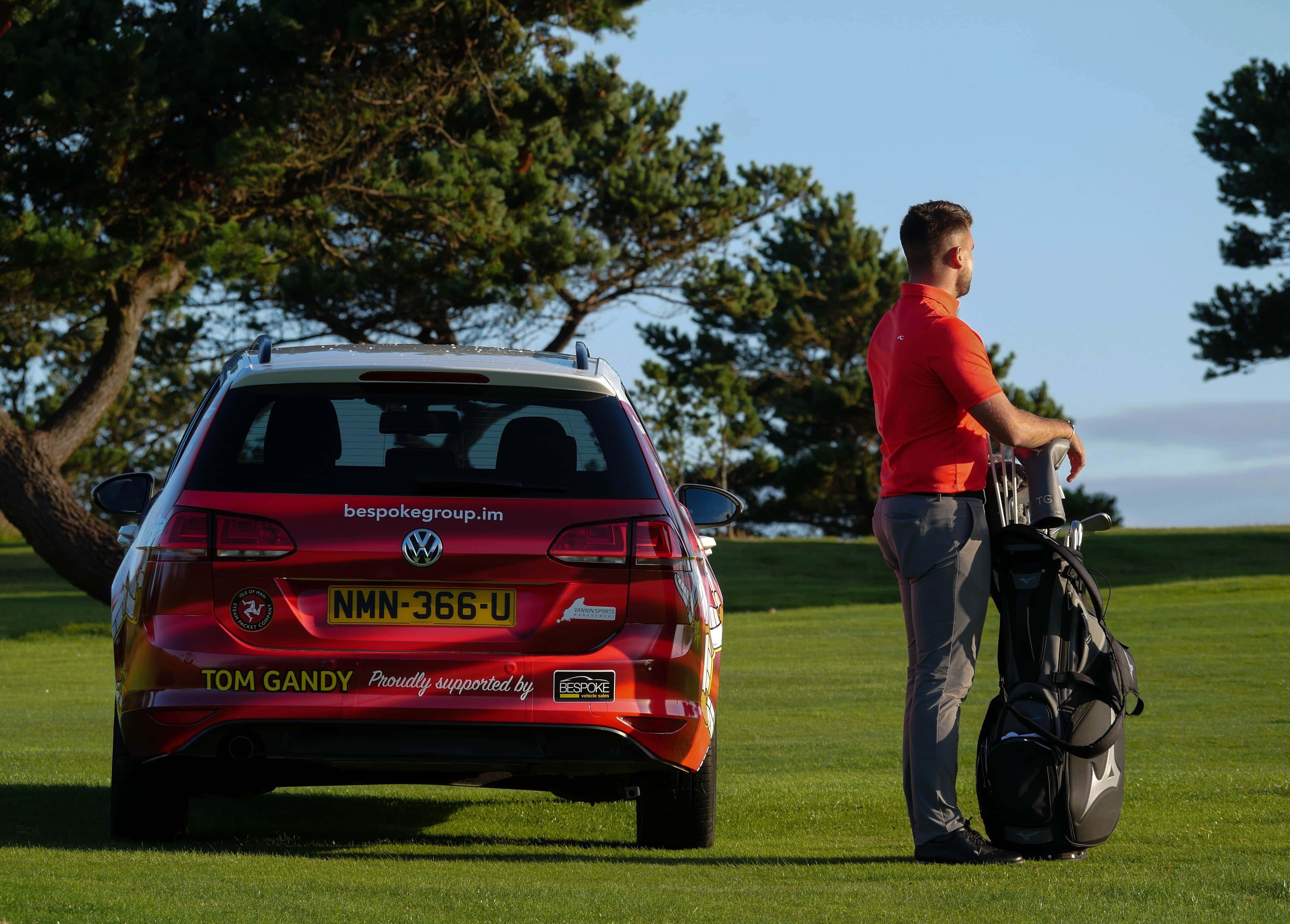 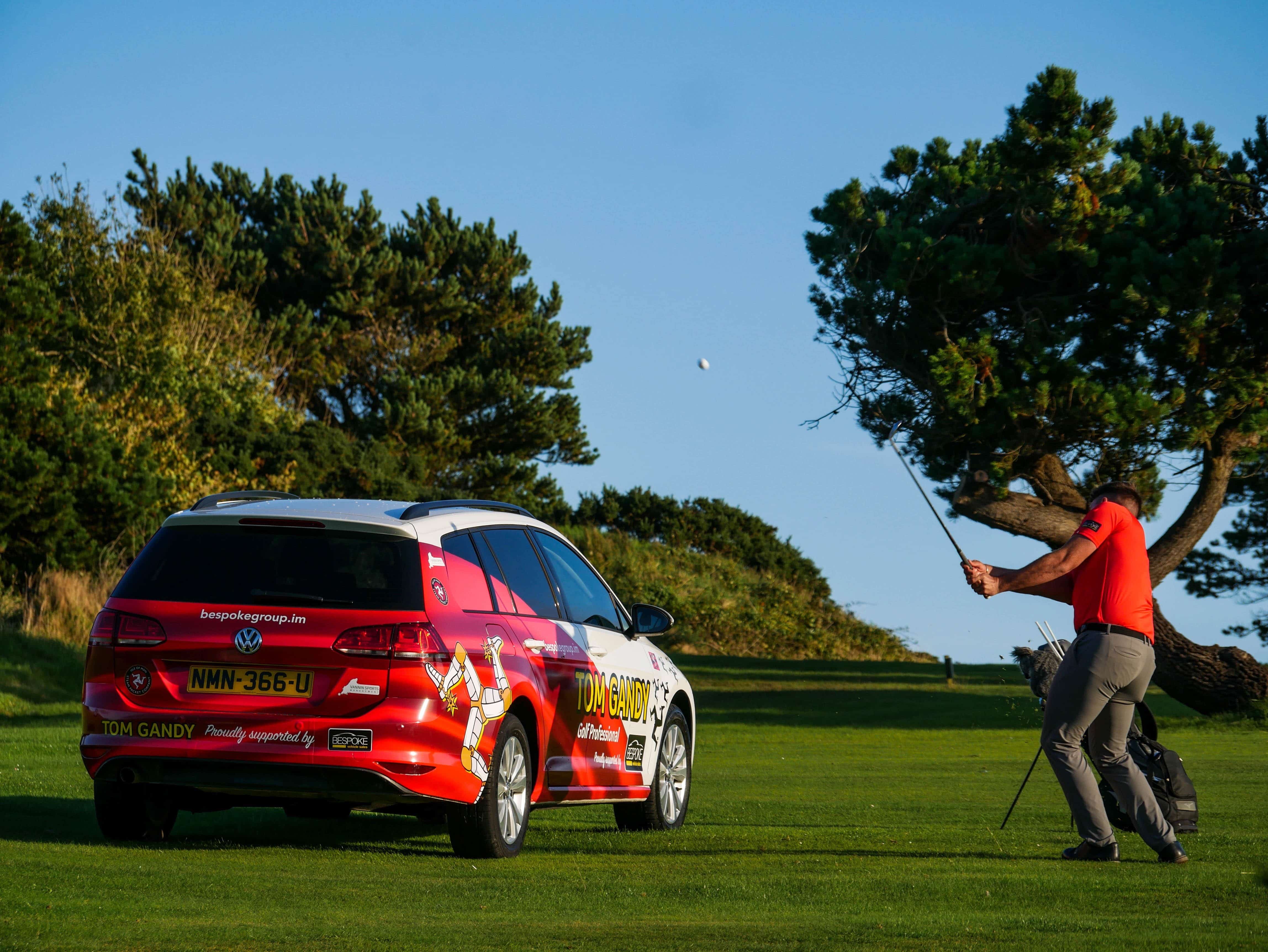 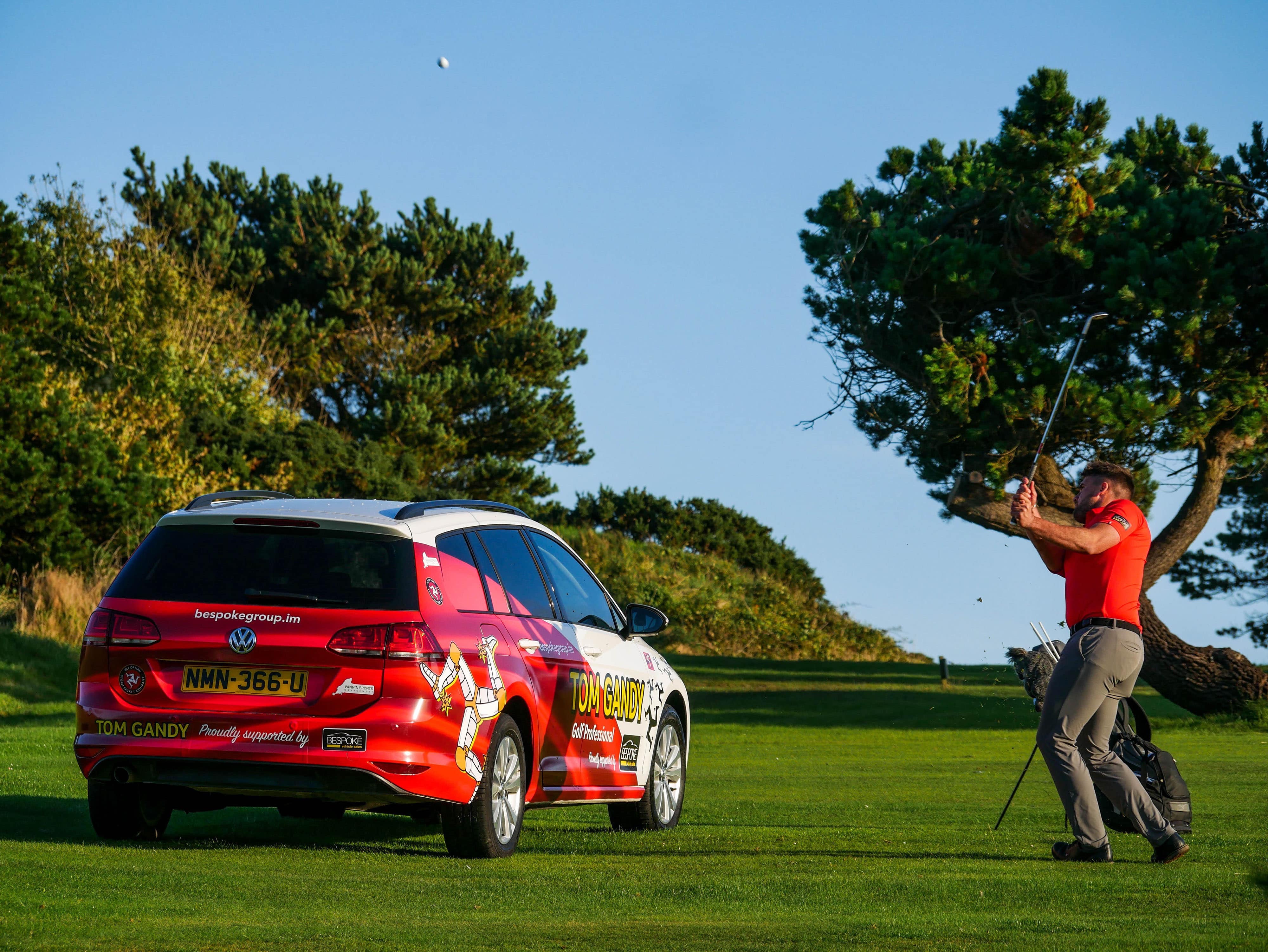 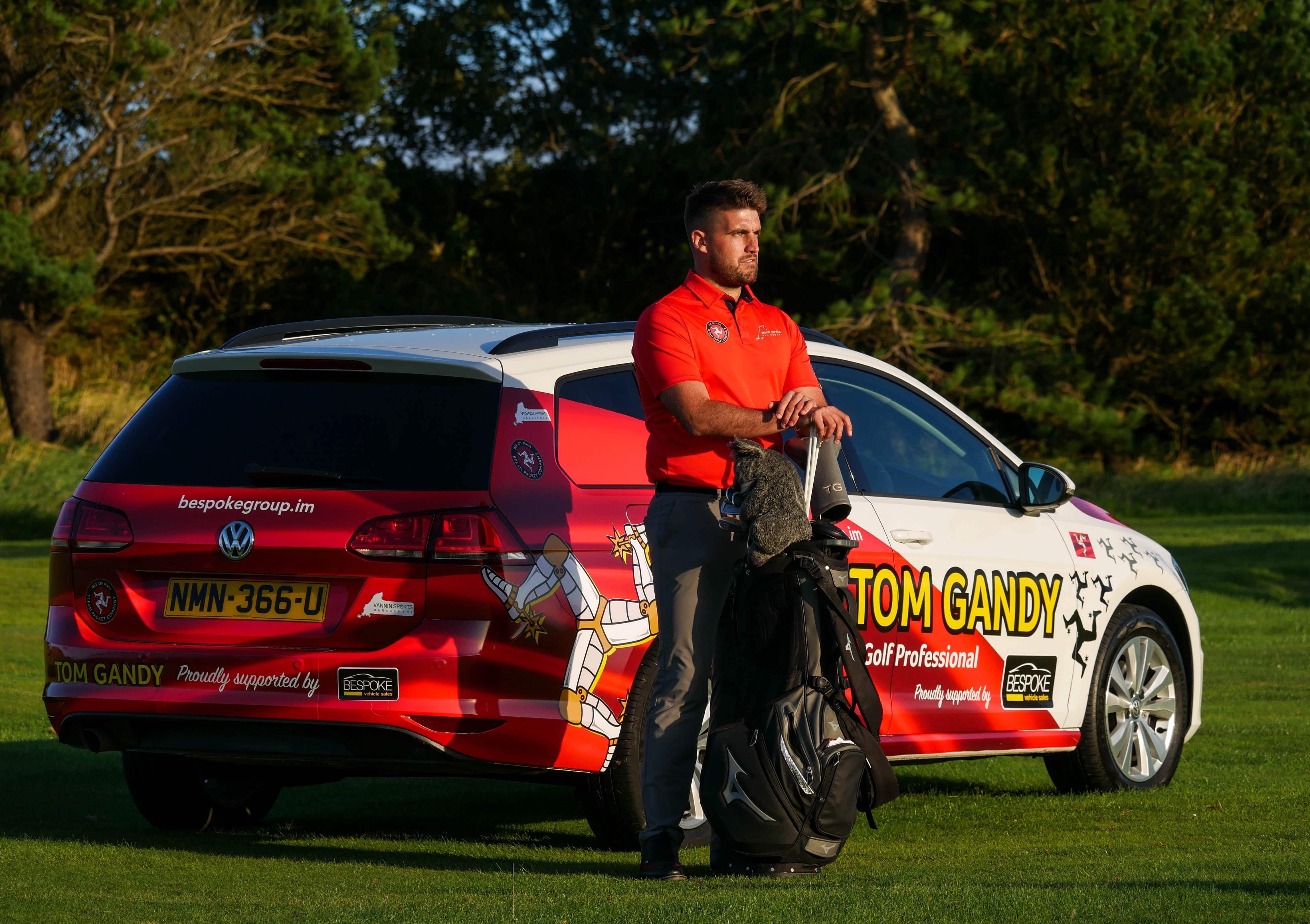 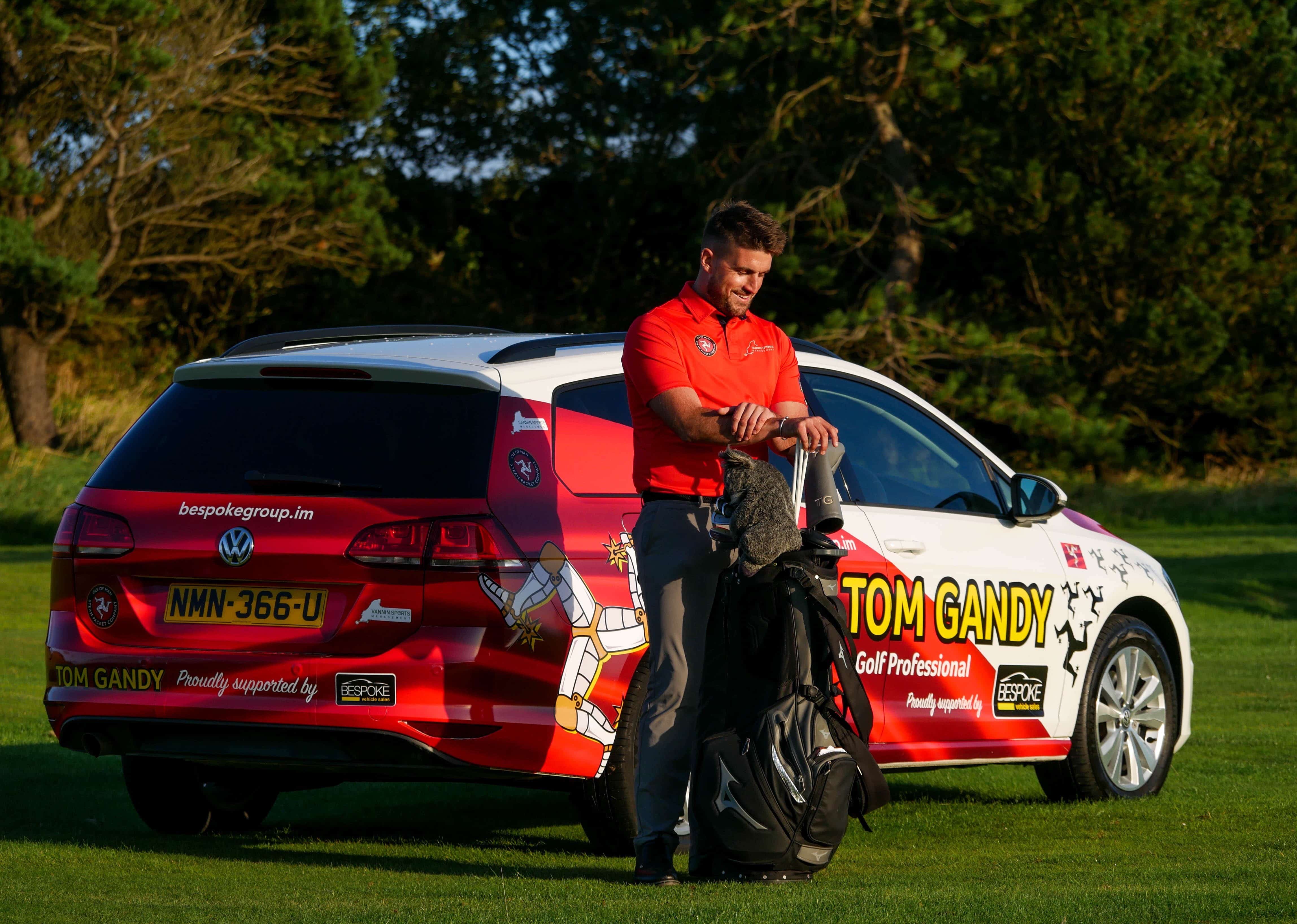 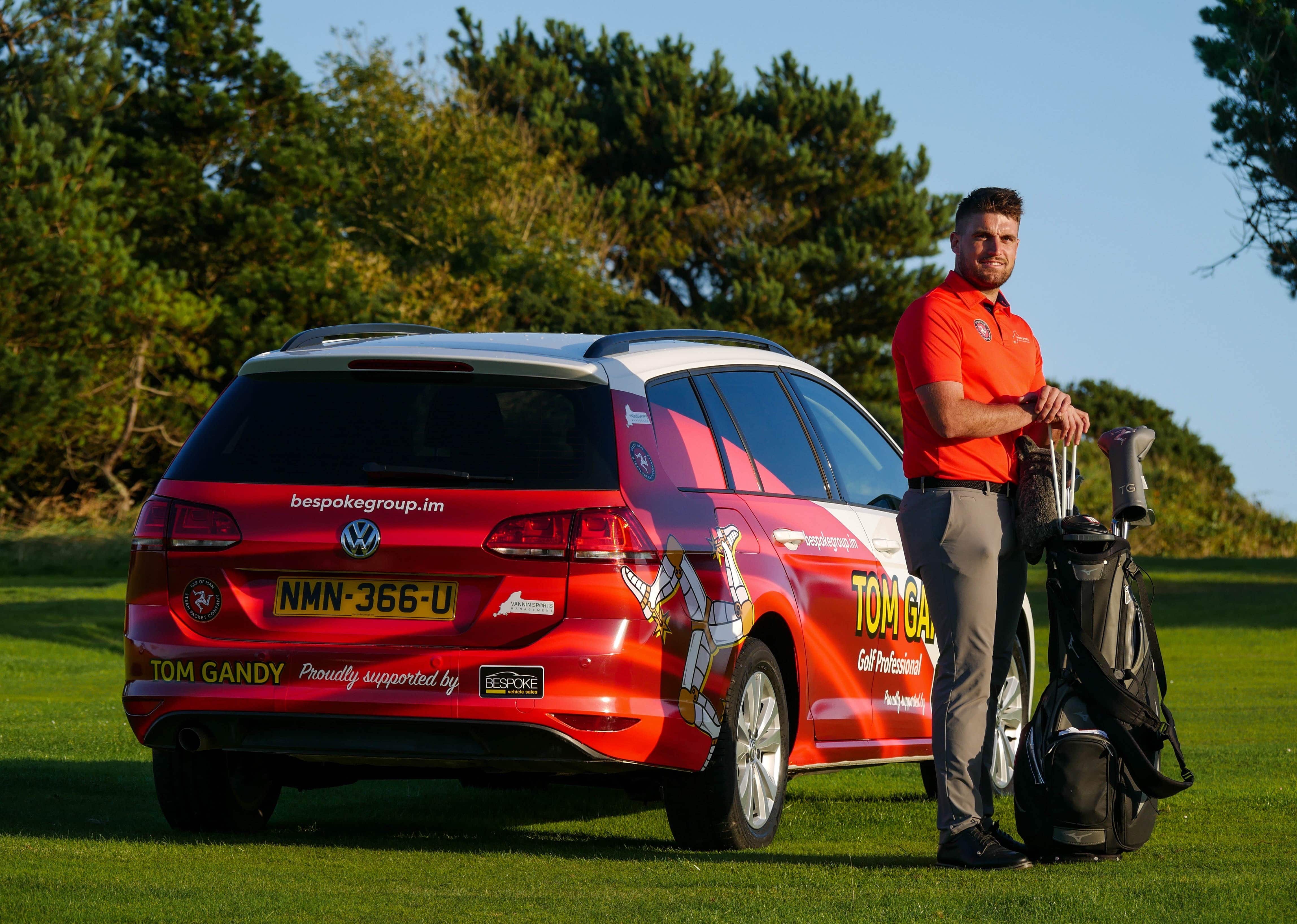 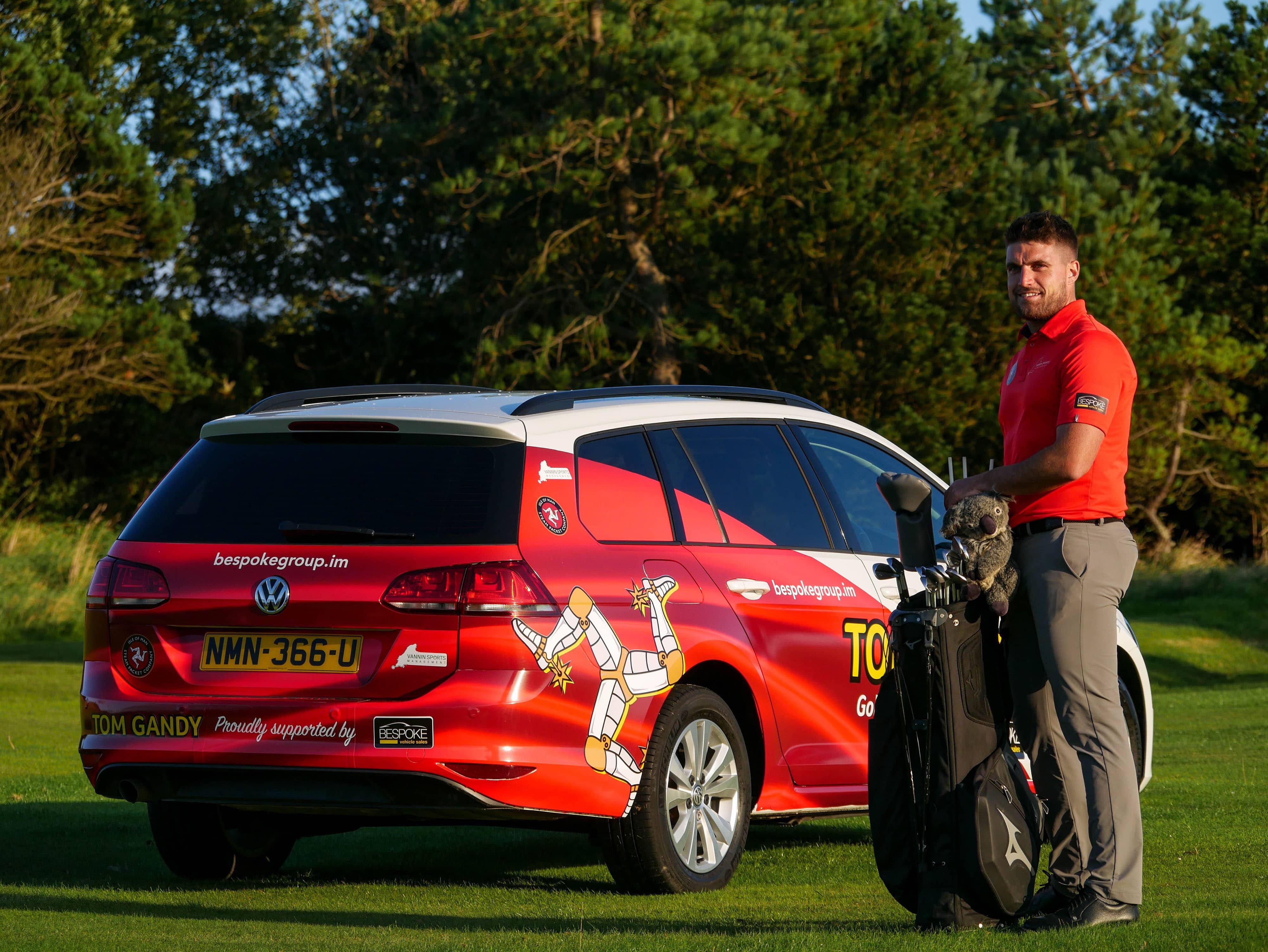 “I was devastated when my car was deemed uneconomic to repair during one of the events in the South of England about 6 weeks ago. It was originally my mum’s which she kindly donated after my own one had reached the end of the road last year. I was totally reliant on it to get me to and from all the events. The worry that this would prevent me from finishing the season was very real and I’m sure this contributed to a poor week on the course.”

“The support from the Bespoke Group IOM has been a real lifeline. It’s no coincidence that my form has really picked up since they supplied the car and finishing the PGA EuroPro season with a run of three Top 10 finishes is my best run of form in 2 years as a professional. It’s also amazing to be able to fly the Manx flag so visibly around the country and show how proud I am of my Manx roots.” – Tom Gandy

“It’s fantastic to be able to support one of the Island’s top athletes as he looks to put the Isle of Man firmly on the golfing map. We can already boast some amazing courses; it’s great to have produced a player who has proven himself able to compete at this level and hopefully beyond. Here at the Bespoke Auto Group we have a truly international focus and we are delighted to be able to take our brand across the UK and emphasise the specific links that the Isle of Man part of the group has with the local community.” – John Reynolds: CEO Bespoke Group IOM

Tom has 2 final challenges in the 2019 Season: the PGA EuroPro End of Season Championship, which will be held at the Desert Springs Resort in Spain in late October, and where Tom’s recent form will make him one of the pre-tournament favourites; and Qualifying – or ‘Q’ – School which will take place in 3 stages over the next 6 weeks, and where Tom begins his journey on the 9th of October in the Stage 1 section held at Golf D’Hardelot, in France.

Thanks to the support from Bespoke Group IOM, he can look forward to a comfortable and reliable trip.